“Canines are a valuable asset to law enforcement, and the Texas Department of Public Safety is pleased to welcome five new canine teams to our ranks,” said DPS Director Steven McCraw. “After completing weeks of rigorous training, these new teams are ready to take on their task of protecting and serving the state of Texas as they work to interdict criminals and take narcotics off the streets.”

One of the dogs was obtained from the U.S. Department of Homeland Security; three were acquired through donations and one was a rescue. The breeds include two German Shepherds, one Labrador Retriever, one Belgian Malinois and one Dutch Shepherd. The five newly-trained canines will be used for drug and explosive detection.

For additional photos from this event, visit the DPS Facebook page. 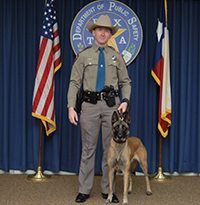 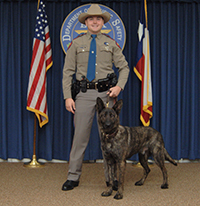 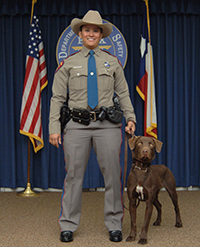 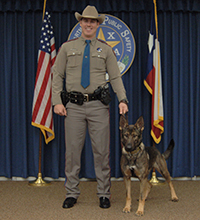 Hope and pink flags for Joe Biden amongst Latino voters in...

The Rise – and Potential Fall – of Texas’ Cowboy Masculinity

In recognition of the spears, iconic native wildlife of Texas