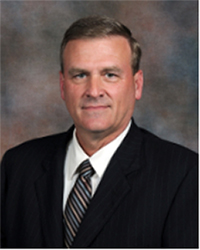 GARLAND – On Aug. 31, Regional Director Jack Webster will retire from the Texas Department of Public Safety (DPS) after 32 years of faithful service to the citizens of Texas.

Regional Director Webster began his career with the Texas Department of Public Safety in June of 1986 and was assigned to the Highway Patrol Service in Longview. He moved up through the ranks of the Highway Patrol earning an appointment to Major in the Texas Highway Patrol Division at DPS Headquarters in Austin in 2008. He transferred to Garland as a field Major in 2009. During a departmental reorganization in 2009, Webster was promoted to the position of Regional Commander and he has served in that capacity since. (Last year, the title of the position was changed to Regional Director.)

Regional Director Webster oversaw day-to-day operations for the various DPS divisions within 42 counties in the northeast portion of the state that comprise DPS Region 1.

Following his well-deserved retirement, Webster will enjoy spending time with his family and plans to continue his love for golf.

QAnon gaining a foothold in Texas

Texas is driving its cattle north within the midst of the...