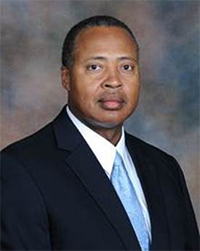 HOUSTON – On Aug. 31, Regional Director Philip “Duane” Steen will retire from the Texas Department of Public Safety (DPS) after 37 years of a faithful service to the citizens of Texas.

On Sept. 12, 2011, Steen was promoted to Regional Commander of DPS Region 2, which consists of counties in Southeast Texas. (Last year, the title of the position was changed to Regional Director.)

Steen holds a Bachelor of Arts Degree in Political Science from Texas A&M University, where he was named to the All-American 4 X 100 meter sprint relay team. He is a graduate of the FBI National Academy and has served on several regional and statewide committees during his notable career. He is currently on the board for the Texas Anti-Gang Center in Houston and Houston High Intensity Drug Trafficking Area (HIDTA) program.

Following his well-deserved retirement, Steen will enjoy spending time with his family and plans to continue his love of fishing.

Texas Ranger Major Jason Taylor, of Company A – Houston, has been appointed to succeed Steen as the Regional Director.

Reward Elevated to $8,000 for Most Needed Intercourse Offender from Central...

Reward Elevated to $8,000 for Most Wished Intercourse Offender From Navarro...