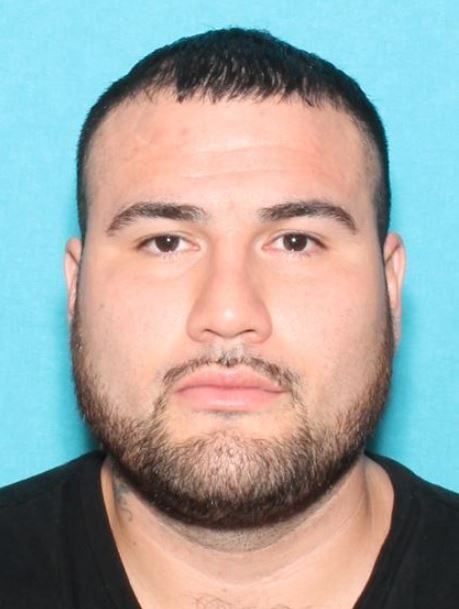 AUSTIN – The Texas Department of Public Safety (DPS) has added Tieon Lashad Legan, 25, (pictured left) and Jaime Alanis, 37, (pictured right) to the Texas 10 Most Wanted Fugitives list, and cash rewards of up to $7,500 each are now being offered for information leading to either of their captures. Legan is wanted for unlawful possession of a firearm, possession of marijuana and a parole violation. Alanis is wanted for robbery and a parole violation. All tips are guaranteed to be anonymous.

Legan, who is affiliated with the Bloods gang, has been wanted since May 2020, when he violated his parole and absconded from his last known address in Fort Worth, Texas. In 2015, Legan was sentenced to seven years confinement in a Texas Department of Criminal Justice (TDCJ) prison after he was convicted in Tarrant County on three counts of aggravated robbery with a deadly weapon, burglary of a habitation and evading arrest/detention with a vehicle.

Legan is 6 feet tall and weighs approximately 180 pounds. He has tattoos on his neck, shoulders, chest, abdomen, wrists and forearms. For more information or updates in the event of his arrest, view his wanted bulletin.

Alanis, who is affiliated with the Tango Blast Houstone gang, has been wanted since July 2020, when he violated his parole and absconded from his last known address in Houston, Texas. He also has ties to the Rio Grande Valley. In 2013, Alanis was convicted in Harris County of homicide/manslaughter and assault; he was given two concurrent 10-year sentences in a TDCJ prison.

Alanis is 6 feet 2 inches tall and weighs approximately 250 pounds. He has tattoos on his head, neck, chest, abdomen, both arms and legs. For more information or updates in the event of his arrest, view his wanted bulletin.

Texas Crime Stoppers, which is funded by the Governor’s Criminal Justice Division, offers cash rewards to anyone who provides information that leads to the arrest of one of Texas’ 10 Most Wanted Fugitives or Sex Offenders. In 2020, Texas Crime Stoppers paid $20,000 in rewards for anonymous tips that resulted in arrests.

To be eligible for the cash rewards, tipsters MUST provide information to authorities using one of the following three methods:

All tips are anonymous, regardless of how they are submitted, and tipsters will be provided a tip number instead of using a name.

DPS investigators work with local law enforcement agencies to select fugitives for the Texas 10 Most Wanted Fugitive and Sex Offender lists. You can find the current lists — with photos — on the DPS website.

Do not attempt to apprehend these fugitives; they are considered armed and dangerous.

DPS Ramping Up Transfer Over/Gradual Down Enforcement in Houston