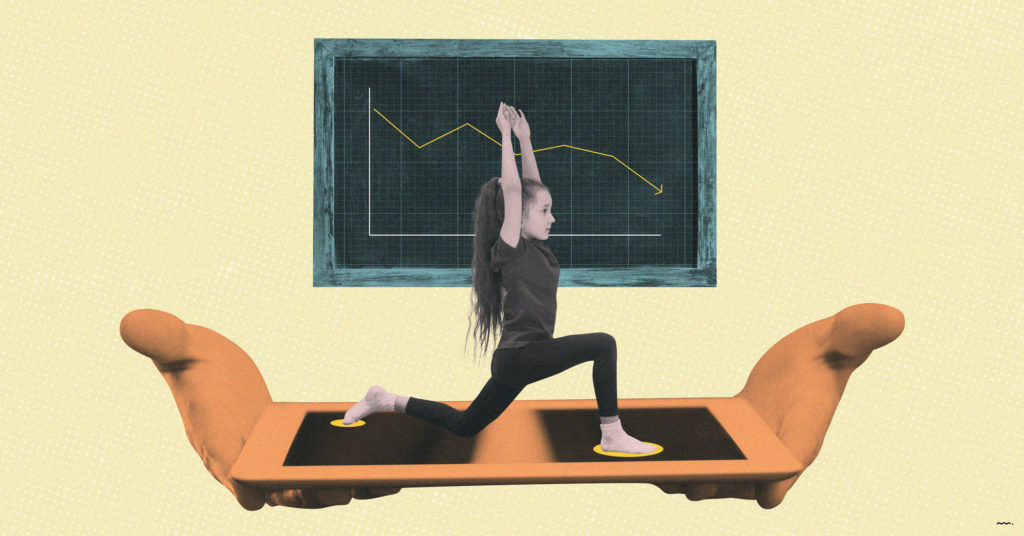 Testimonials don’t look good in the COVID virtual classroom, showing that thousands of students fail at least one subject, skip assignments, or fail to enroll in their classes. The move to virtual learning and a brand new model of learning has left kids in Texas lacking the support they need to be academically successful and they are falling behind.

Earlier this month, the Austin American-Statesman reported that Austin students barely dropping by and that San Antonio schools are allowing students to create assignments and customize their school manuals.

Many students are disadvantaged because, despite the school district’s efforts to bridge the digital divide, they still lack computers or broadband access, said Clay Robison, public affairs specialist with the Texas State Teachers Association.

Robison says that while security measures against COVID-19 have brought changes to keep students, school workers and their families as safe as possible, and necessarily reinventing the way public education is delivered, grades are inevitable not always catching up Despite the best efforts of teachers, some students lag behind.

After a late school year with grades that depend on the internet and adapt to the new virtual learning process, the process of completing assignments can be confusing, if not impossible, for some students, even if a student understands class work.

Then there is the digital divide. During the fall, many students in Texas struggled to access virtual learning tools such as a laptop and WiFi hotspots. Also, keep in mind that some families in Texas can barely afford internet access during normal times. Central Texas school districts are still calling for government funding to bridge the gap even as we reach the end of the second grading period.

The Dallas Morning News reported problems students had with hot spots in South Dallas, the dramatic increase in the cost of Internet services, and a third of families in Dallas being without service.

While it is still being decided whether or not Texas children will take the STAAR test, this week 70 members of the Texas House of Representatives launched a bipartisan call on heads of state to suspend standardized tests, the Houston Chronicle reported.

While this year was clearly not normal for students, fourteen school principals in Texas are supporting standardized tests taking place this spring.

Teacher groups and experts are concerned about Texan children.

Although elementary and middle school students will still advance to the next grade regardless, there are significant concerns about academic performance and readiness from groups of teachers, educators, and experts.

Adding STAAR tests to the mix is ​​absurd, says Robison. “TSTA supports the efforts of the large number of lawmakers, both Democrats and Republicans, calling on the state education commissioner to cancel STAAR this year,” he said.

Can children who have problems catch up?

“If necessary, we can make up for the grades later. Depending on the severity of the pandemic and the effective adaptation of teachers, some students may be able to catch up on their grades later this school year. For others, it may take longer, ”said Robison.

“As a professor and mother, I know how difficult the pandemic has been for teachers, students and parents,” said Amber Thompson, a professor at the University of Houston College of Education who oversees the teacher education program, on Friday.

“We all do our best to be flexible and adapt. It is good for teachers to reevaluate assignments and ask, “What is the most important thing for students to learn, and how can I best assess whether they have learned it?”

Thompson says it’s important to be more flexible with tasks to handle challenges like weak internet or sibling sharing devices.

According to Thompson, well-designed assignments and assessments should result in grades that more appropriately reflect a student’s performance. “Right now, a student’s emotional well-being and academic progress over the year is more important than a grade on a single test. Parents can help by encouraging their children and giving them a sense of structure. “

Robison explained that some teachers may rate more about whether students are doing assignments and how engaged they are in their work, rather than necessarily how well they are doing their job. “They believe that students should be held accountable for their participation and commitment and that their learning deficits should be identified but not necessarily given a failed grade in these unusually stressful circumstances,” he said.

What can this year teach us about the values ​​of education?

According to Thompson, the pandemic has highlighted educational inequalities that disproportionately affect families and low-income color students. “I hope that we can come together as a society to recognize the value of well-prepared teachers and to provide the resources and support that all students deserve,” she added.

DPS Site visitors Cease Results in Seizure of Extra Than $26,000...